Randy Klein composed the score for a biography of Richard Wright, author of Black Boy and Native Son. The PBS/BBC produced feature documents Wright's life from his impoverished childhood, involvement in left-wing politics and literary relationships, to his exile and death in Paris. Randy received recognition in the form of a Southern Regional Emmy Award in 1996 for his outstanding original score. 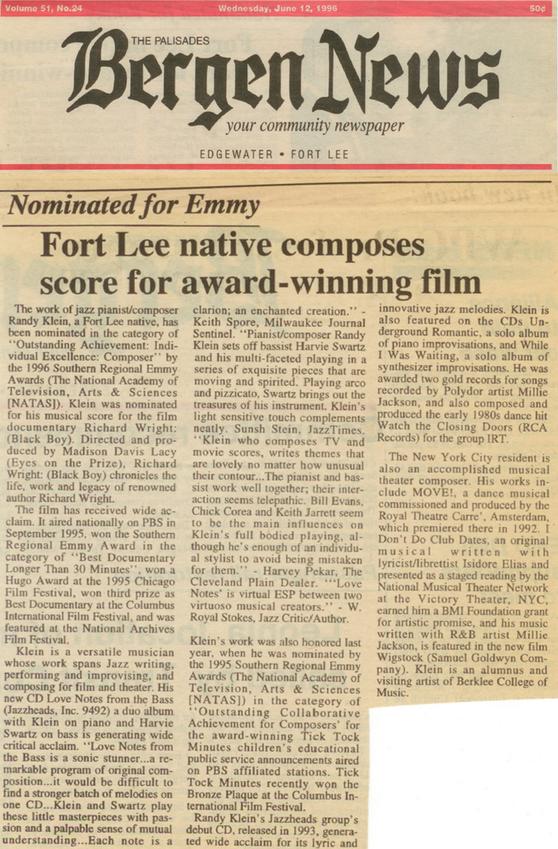